This idea was inspired by Nadia from bake-off, but in the end with a recipe that came from Jamie Oliver after a little bit of searching online. It was born out of producing a load of cucumbers from our first ever growing experience, but not being able to consume them fast enough! So we needed a way to preserve the cucumbers and not wasting them.

The recipe is for a spicy pickled cucumber, which has been adapted based on Sarah and I’s spicy palette. To be honest we didn’t stick to the exact measurements, used them more as a guide, I would encourage you to do the same.

Tip: Sarson’s also do a great range in pickling vinegar that already have some of the ingredients included. You can then add your own ingredients to taste.

To start, chop up a handful of chilies – ideally dried but not mandatory if you can’t get your hands on them. We were lucky enough to be given some great dried ones when Sarah visited Mumbai on a business trip, thank you again Lata. 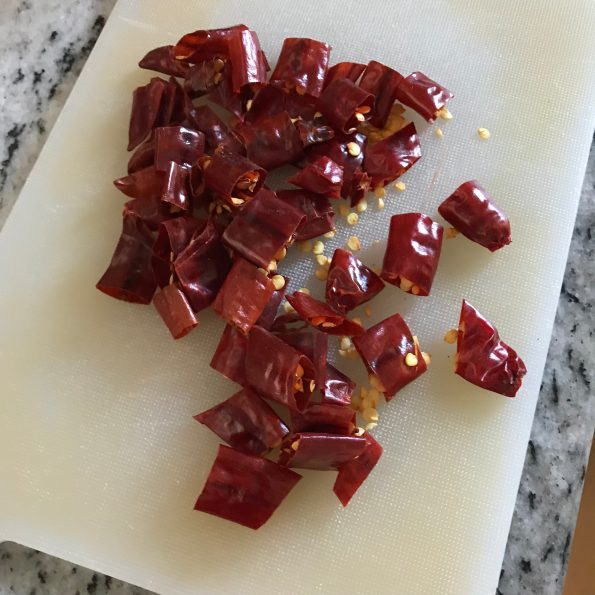 Peel and finely slice the shallots and pop into a bowl. 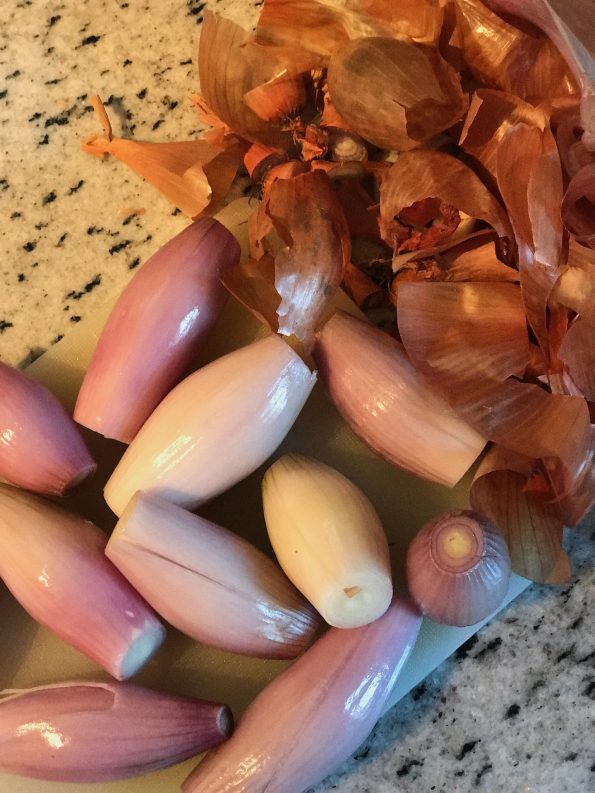 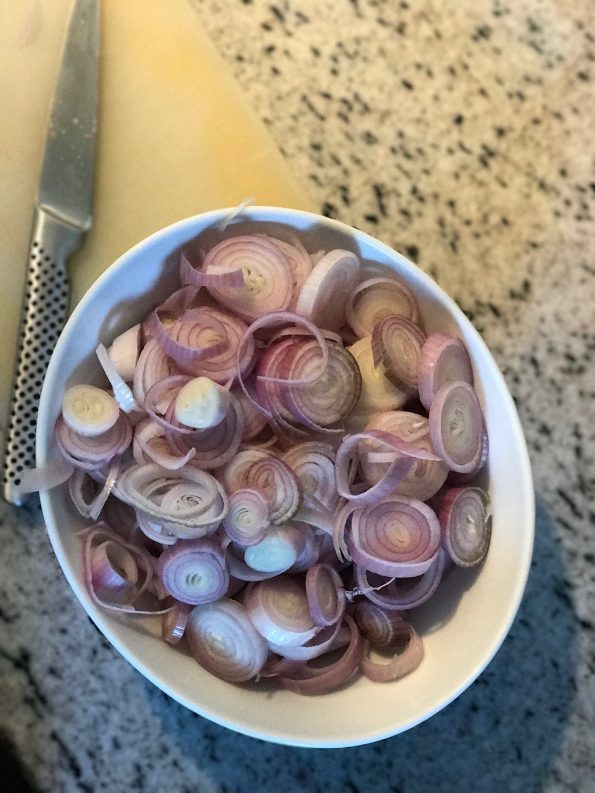 Cut the pickling cucumbers in half length ways, and slice regular ones through the middle, then into fingers. To be honest, you can use your creativity here, I followed the instructions, but Sarah did long slices across the cucumber to create a different effect. It was fine to experiment as we had so many cucumbers! 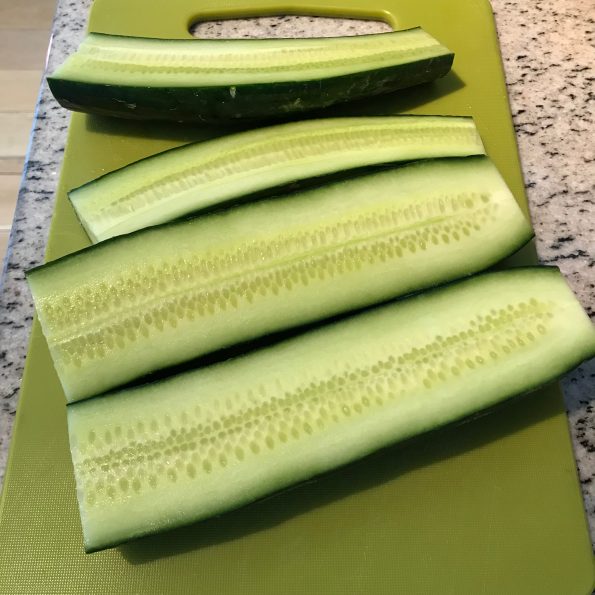 Put the cucumbers and shallots in a colander. Sprinkle over 2 teaspoons of sea salt. After 45 minutes, rinse well.

Combine all the other ingredients in a pan and bring to the boil. Stir until the sugar dissolves. 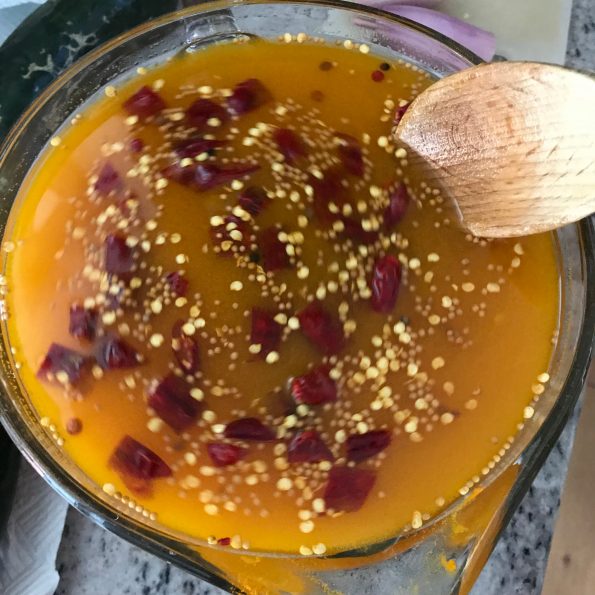 Fit the cucumbers snugly into a Kilner jar or any other airtight jar will do, along with the shallots and 2 chilies… 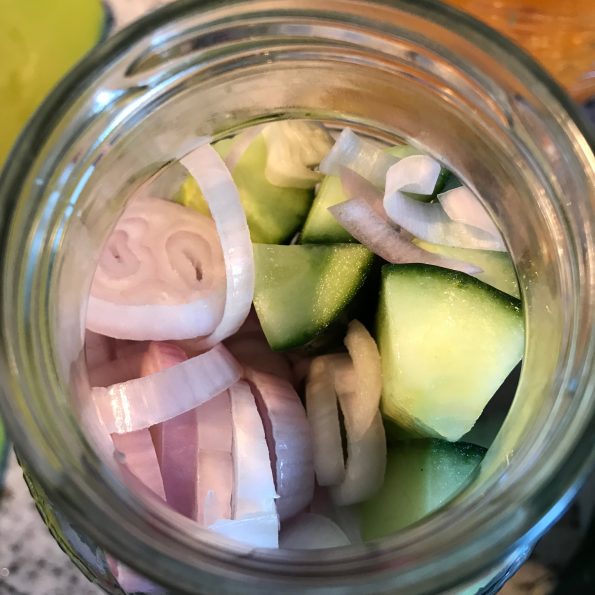 Pause for a money shot… 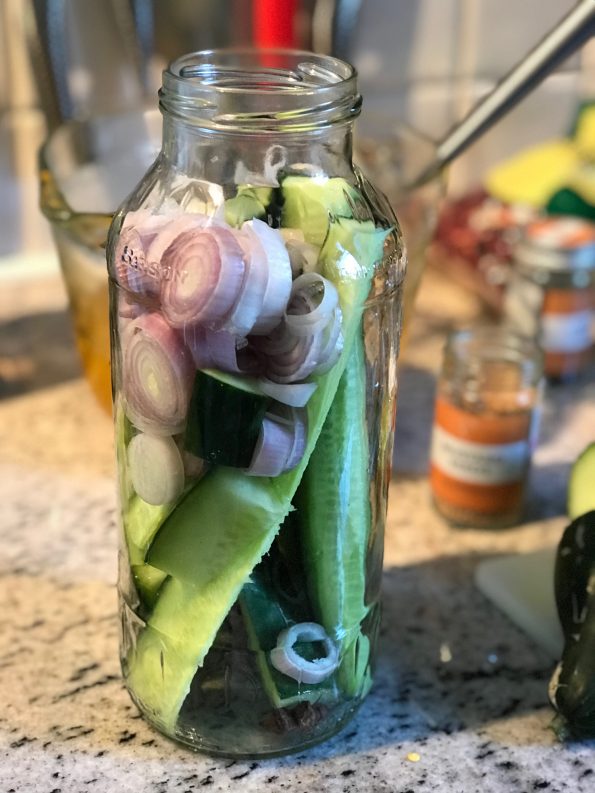 …then pour over the liquid and pose with your completed jar!

We made quite a few jars, as you’ll see! 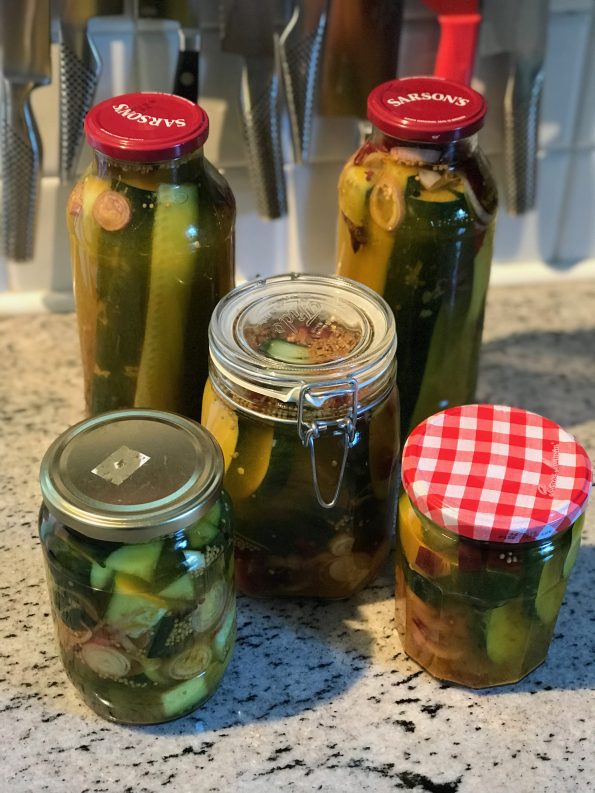 Seal and leave for at least 24 hours. We hope you have some fun making and eating these fiesty cucumbers. Let us know how you get on.